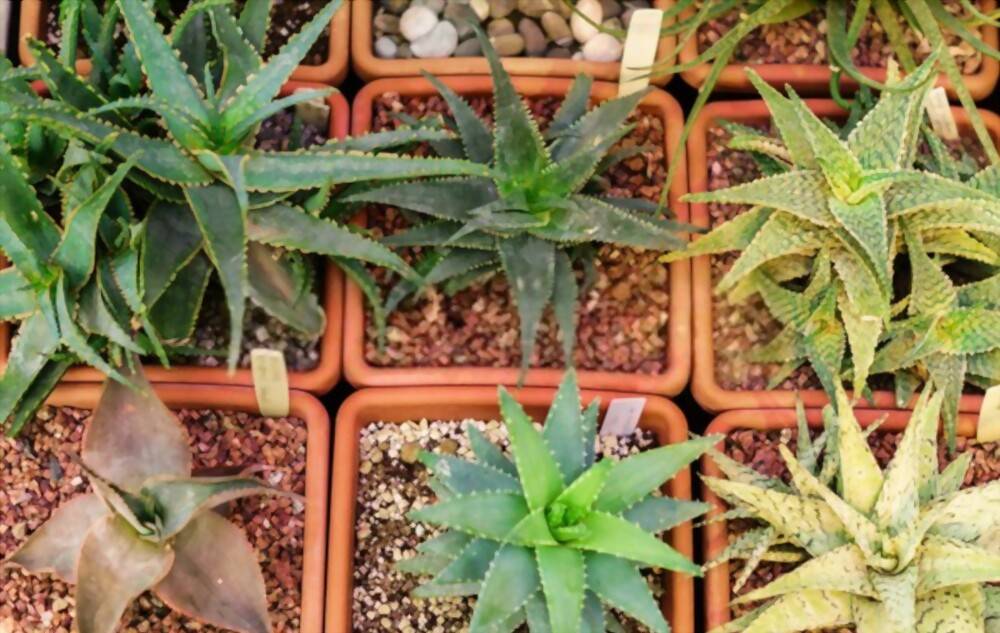 Probably from childhood, when it was usually kept handy to treat minor burns and scrapes, we’ve all heard of the aloe vera medicine plant. The aloe vera varieties today have a broad range of uses. It is present in a variety of cosmetic products.

It’s quite possible we’re familiar with other types of aloe plants, and we’ve even grown them as house plants. A few of the more widely grown varieties are list below. We will discuss how to grow several aloe vera varieties in this article.

How to Grow Several Aloe Vera?

Aloe vera Miller is probably the world’s most common medicinal aloe variety. Probably the most common variety available, because it is also used in cosmetics and toiletries, it is often called “true” aloe vera. The plant has long been recognized for its medicinal properties and remains a favorite tree for home-grown indoors.

One of the main problems with this species is the plant tends to get big rather quickly, so you have to be prepared for this at all times and keep it trimmed or pruned accordingly.

What kind of soil is good for Aloe Vera?

The plant can grow up to 3 meters high and wide in favorable conditions, so you have to have an area ready for it to spread out freely if you choose to grow a Miller variety of aloe vera.

There are many different species of aloe, including some that are very rare and difficult to find. Due to their native origins in Africa and nearby areas, most are drought and heat tolerant.

Growing different aloe vera varieties for centuries, aloe vera has been use for its medicinal properties. Aloe vera appears in the Bible. Aloe vera and its derivatives have been use extensively for both internal and external purposes.

Hence, it is no surprise that so many gardeners are now discovering different types of aloe. In an indoor or outdoor garden, you might want to plant any of these aloe vera relatives:

From a layer of its inner juices, this aloe vera relative produces bitter aloe. A powerful purgative is found in bitter aloe, which is use as a laxative. These substances inhibit predators. Cosmetics are also made from aloe Ferox, which also contains juice similar to that in aloe vera. The hardiness of this succulent variety allows it to be grown in zones 9-11.

This website uses cookies to improve your experience while you navigate through the website. Out of these, the cookies that are categorized as necessary are stored on your browser as they are essential for the working of basic functionalities of the website. We also use third-party cookies that help us analyze and understand how you use this website. These cookies will be stored in your browser only with your consent. You also have the option to opt-out of these cookies. But opting out of some of these cookies may affect your browsing experience.
Necessary Always Enabled
Necessary cookies are absolutely essential for the website to function properly. These cookies ensure basic functionalities and security features of the website, anonymously.
Functional
Functional cookies help to perform certain functionalities like sharing the content of the website on social media platforms, collect feedbacks, and other third-party features.
Performance
Performance cookies are used to understand and analyze the key performance indexes of the website which helps in delivering a better user experience for the visitors.
Analytics
Analytical cookies are used to understand how visitors interact with the website. These cookies help provide information on metrics the number of visitors, bounce rate, traffic source, etc.
Advertisement
Advertisement cookies are used to provide visitors with relevant ads and marketing campaigns. These cookies track visitors across websites and collect information to provide customized ads.
Others
Other uncategorized cookies are those that are being analyzed and have not been classified into a category as yet.
SAVE & ACCEPT